The road to service of Dr. David A. Jordan

The road to service of Dr. David A. Jordan

MassNonprofit News profiled the road to service of Dr. David A. Jordan, President of Seven Hills Foundation & Affiliates. Read how a personal relationship through volunteering was the catalyst to creating a vibrant health and human services network supporting over 60,000 people. 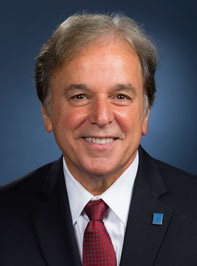 Volunteer work in college set David Jordan on a path that eventually led him to Seven Hills Foundation & Affiliates in Worcester, a major provider of services to children and adults with disabilities and life challenges, where today he serves as president.

This is his story.

David Jordan: I ask myself how we can make a scalable difference.

I could have become a carpenter, but my father was adamant that I go to college. A bricklayer, he knew all too well the hard life in the building trades. The summer before my senior year in high school, the two of us happened to work the same job, a hotel construction project on Goat Island in Newport, R.I. Hammer in hand, I was on the carpentry contractor’s crew while my father focused on the foundation – not only for the building but for my future.

He was not my supervisor, yet steadily hounded me that summer of 1969, constantly berating me for not moving fast enough and calling for more tasks for “that kid over there.” By the end, I was exhausted – and enlightened. He finally told me he just wanted me to understand how hard this is. “I don’t want you to do what I do.”

A year later, I became the first person in my extended family to go to college.

While majoring in business and accounting at the University of Rhode Island, I volunteered regularly at the Ladd School, a now-defunct state institution for individuals with intellectual and developmental disabilities. That’s where I met Bruce, who changed the trajectory of my career before it even got off the ground.

I was like a big brother to Bruce, a boy with disabilities who was a member of the Boy Scout troop that I ran at the Ladd School over several years. While I was serving as a role model in his young life, Bruce unknowingly inspired me to invest my business knowledge into the community of people with disabilities. No longer was I destined for a job crunching numbers with one of the large national accounting firms.

The day after graduating from URI in 1973, I started working as an assistant executive at a Newport County agency for people with disabilities, serving as its CFO. While I was there, immersed in the evolving world of human services, the agency became the first to establish community-based group homes in Rhode Island. While working full time, I also earned a master’s degree in human development, with an emphasis on rehabilitation and special education, from Salve Regina University – just a few miles from the site of my past labors on Goat Island.

After working in human services in Pennsylvania from 1975 to 1985, I returned to New England for a job as president and CEO of the Crotched Mountain Foundation in New Hampshire, one of the region’s foremost nonprofits serving children and adults with disabilities. The passage of another decade led me to my current leadership post at Seven Hills Foundation.

When I joined the agency in 1995, the organization was still going by its original name, the Worcester Area ARC. In fact, I was so bold as to tell board members during my job interview that the first thing I would do as president is to change the nonprofit’s name. I felt the brand was dated, limiting itself by geography and, one could argue, still referencing the “r-word” within the “ARC” acronym, which thankfully has disappeared from common use.

My presumptuousness prompted gasps yet became a veritable first brick in our brand building, an exciting exercise that culminated in the adoption of Worcester’s nickname – the City of Seven Hills – for our new moniker, Seven Hills Foundation.

One might think that I overthought my father’s advice on higher education: I earned a second master’s degree in public administration from Worcester’s Clark University, while also pursuing a doctorate in health administration from the Medical University of South Carolina. For my Ph.D., I trained alongside clinicians and physicians-in-training, helping expand my knowledge of the broader health care system.

The future I see for the human services profession is a structure more closely resembling—and better integrated with—health care, perhaps with a reliance on predictive analytics and a capitation model that favors providers that have flexibility and scale.

During my tenure, Seven Hills Foundation has grown steadily from an organization with a $4 million operating budget when I joined to a $360 million organization with 14 affiliates and 4,600 professionals in over 200 locations in Massachusetts, Rhode Island, and eight developing countries. We also built an endowment because we cannot rely solely on government reimbursement to sustain our operation.

Growth has come by major acquisitions and thoughtful expansion into new regions. Our model, in many ways, is a business model. That’s what I brought to the table and shaped over the years. We are disciplined financially, innovative and opportunistic in the context of a complex and rapidly changing human services provider system. Our bottom line, however, is not about dollars and cents; it’s the social justice mission that is dedicated to the people with significant challenges who depend on the services we provide day in, day out.

For my doctoral thesis on “transcending leadership,” I explored how self-transcendence—the pinnacle of psychologist Abraham Maslow’s famous hierarchy of needs—applies to health care and human services leadership. The essence, I believe, is social justice. Transcending ourselves and making a difference for others. I ask myself, as a nonprofit leader with a business mindset, how can we make a scalable difference?