Stetson Youth Learn on Wheels and Waves with The Chill Program

Stetson Youth Learn on Wheels and Waves with The Chill Program 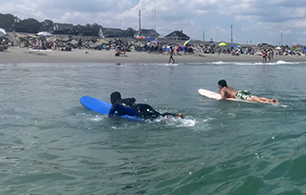 During this past summer and fall, multiple youth from Stetson School had the opportunity to participate in the Massachusetts chapter of the Chill Foundation program. The program works with juvenile justice programs and schools, as well as social service, foster care, and mental health agencies to provide experiential learning through snowboard, skateboard, surfboard, and stand-up paddleboard sports.

The Chill Foundation was founded in 1995 by Jake and Donna Carpenter, Founders of Burton Snowboards, headquartered in Burlington, VT and has 15 chapters from Toronto to Los Angeles that has served over 22,000 youth since 1995. Their goal is to “focus on the resiliency of our participants to help them reach their full potential and see that there is a path out of their current circumstances. Their current situation doesn't have to define them or determine their path in life; Chill helps them to realize alternatives beyond the struggles they are dealing with.”

Stetson School Assistant Residential Director, Isaac Croteau, learned of the program through a friend who is the Massachusetts Chapter Director. When he first approached the director about including the youth at Stetson, there was some hesitation, as the program has not had much success with youth from other residential programs in the past. In order to allign the students for success, guidelines for participation were established. All the youth nominated to participate in the program over the summer were so successful, that the School was able to double the number participants in the fall skateboarding and winter snowboarding sessions!

These programs have had many positive effects for the Stetson community. Providing incentives for students to consistently display safe behavior, positive role modeling, clinical participation, good decision making, and academic success. They also provide students with new learning opportunities. The programs have a positive effect on the entire campus, as youth who are not able to attend have a tangible goal to work towards, to participate with the next group.

One of the 14-year-old skateboarding participants already knew how to skate but was excited to travel to a different city and learn new skills. He said that he was already behaving pretty well and this program made him feel like something good came from him having positive behavior. His favorite part? Making his own skateboard. (photo right)

A 15-year-old surf program participant also had a lot of fun with the program.  When asked if he was able to stand up on the surfboard while on the water, his pride was evident in his smile and said “a few times.” He was quick to point out that it looks a lot easier than it is and that he fell off the board many times. He talked about how awkward it was in the beginning to interact with people he didn’t know but by the second week, everybody was having a lot of fun and talking to one another. His favorite part? Interacting with the staff and kids. Everyone smiling and having fun. (photo top)

This winter, six youth from Stetson School are participating in the program where they are snowboarding at Wachusett Mountain. We look forward to hearing about the fun experiences this winter and thank the Chill Foundation for the opportunities that they are providing youth at Stetson School!

Check out the video from Chill! 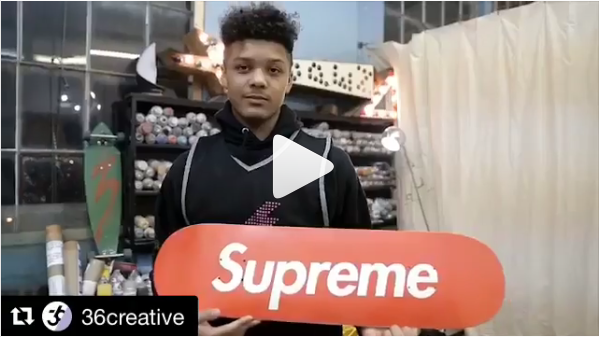