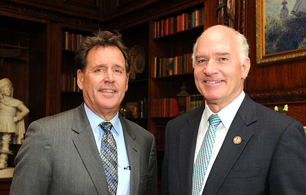 Bill Stock, Vice President for Government and Community Relations, promotes interactions and communications on behalf of Seven Hills Foundation and its Affiliates with government at the local, city, state, and federal levels. Bill advocates on behalf of all associated with Seven Hills Foundation through direct contacts with elected officials and involvement with state and national organizations.

The New England Council breakfasts offer an opportunity for Bill to speak with Members of Congress, share information about the work Seven Hills Foundation is doing throughout Massachusetts and Rhode Island and continue to build awareness of and gain support for Seven Hills' programs for individuals with disabilities. 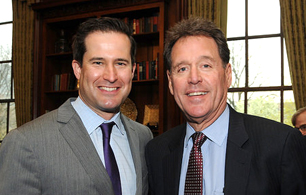